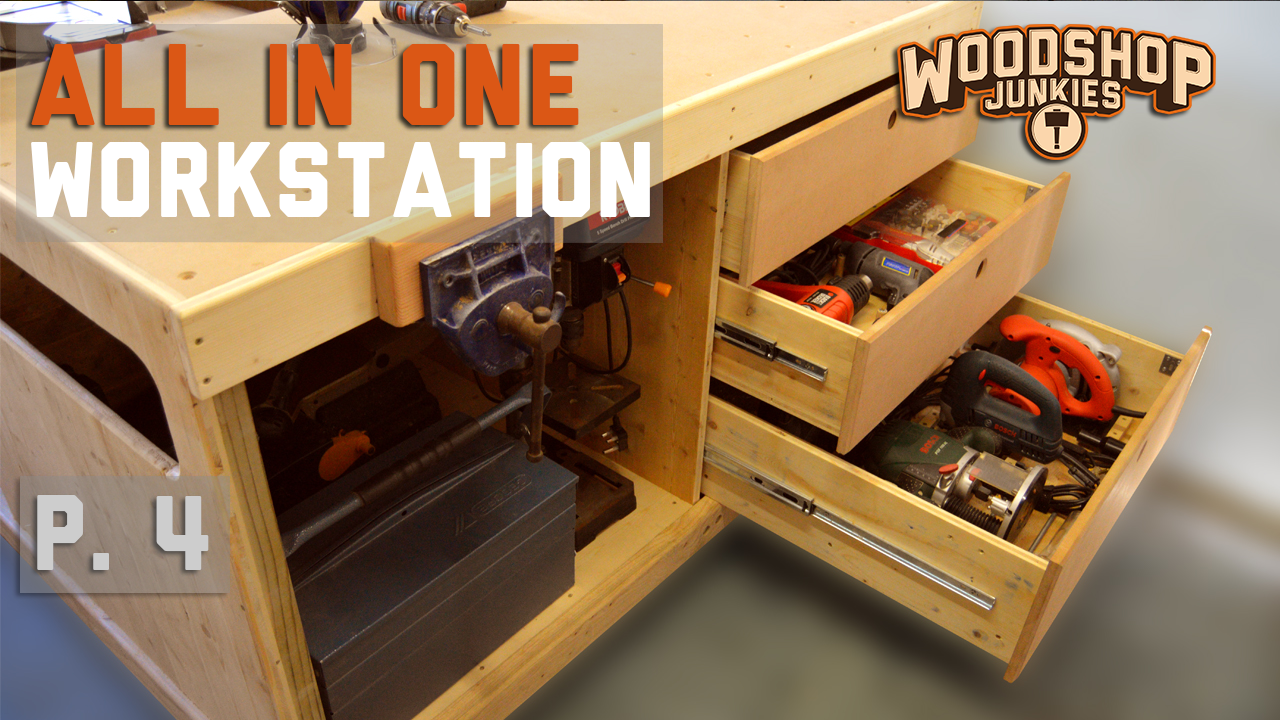 Making the most of a small shop – PART 4

I’d assume, by now, anyone reading this would be aware of my efforts to maximize the efficiency of my small 3x6m(10x20ft) workshop by building my version of the ultimate All-In-One Woodworking Station. One workstation for all my most used equipment.
By the end of PART 3, I had my Table saw and Miter saw, the two most important pieces of equipment in my shop, installed to the workstation.

With the bench taking up pretty much all the space in my shop all my other hand tools and power tools were spread out over the floor with no place to store them.

I figured, before I add more equipment to the workstation, I would build a workbench extension with some power tool storage.
I wanted the power tools sorted and stored in easy access drawers, with each tool housed in its own designated spot.
I also wanted a larger open storage area to keep larger items like my bench drill and my scroll saw.
In the case of the workbench, I wanted to stiffen up the bench top with some bracing and add a vice for increased functionality. 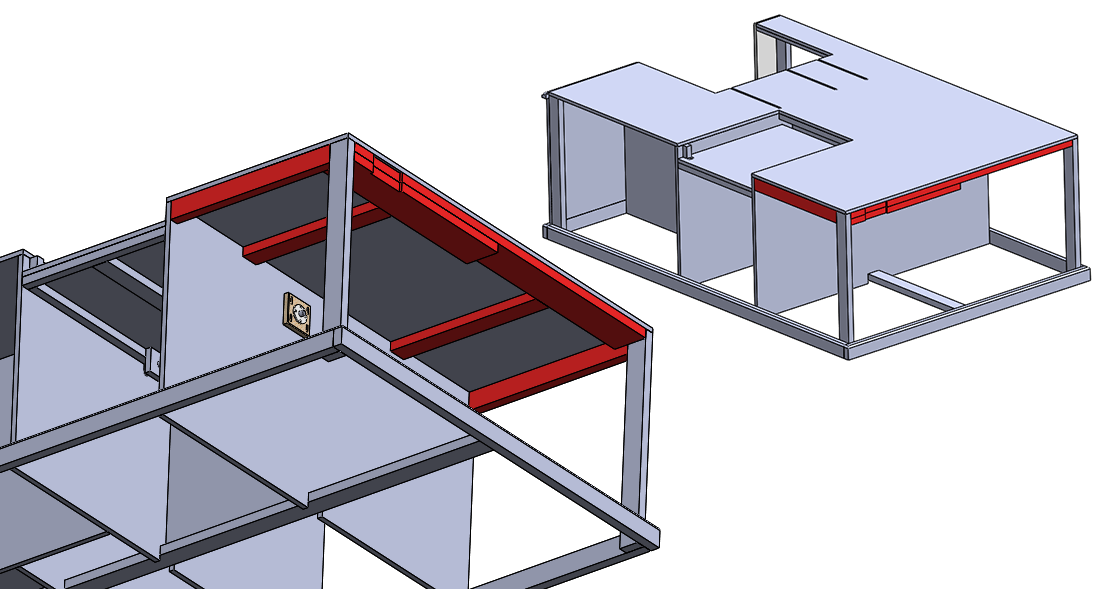 I added additional bracing to the area that was to become my workbench. The point of which was to stiffen up the 18mm MDF top and give me a solid framework that will be used to attach my vice to the bench.

The majority of the bracing was added using 35x75mm(1.37×2.95″) construction pine (the same dimension lumber that was used for the corner posts and the base frame).

For the long cross-sectional piece, however, I used lumber sized to 130x35mm(5.11×1.37″). This was done to accommodate the wide foot piece of the vice mounting bracket. I also doubled up the planks on the left side of the cross brace (where the vice would be installed) to prevent the jaws from protruding above the bench top.

Notice the cut-out made on the bracing in the above drawing. Installing my Record vice inside this cut-out allowed me to fit a trim piece the entire width of the bench that conceals the bracing but also acts as the inner jaw of the vice. This will be explained in Step 3.

In this step, the left side panel and the center divider was added.

The left side panel had an opening cut in it that would allow the use of clamps when it is necessary to secure a workpiece to the bench top.
The opening was cut low enough from the top of the panel to allow the panel to conceal the bracing underneath the bench top.
The panel was also slightly wider than the side of the workbench area allowing it to reach 100mm(3.93″) into the miter saw cavity. The extra piece was to cover the toggle latch on the miter saw bed (installed in PART 3).

The center divider that separates the open cavity storage on the right from the drawers on the left had a cut-out made in one of its top corners to allow it to fit over the long cross brace.
It was then installed in the exact center of the workbench. 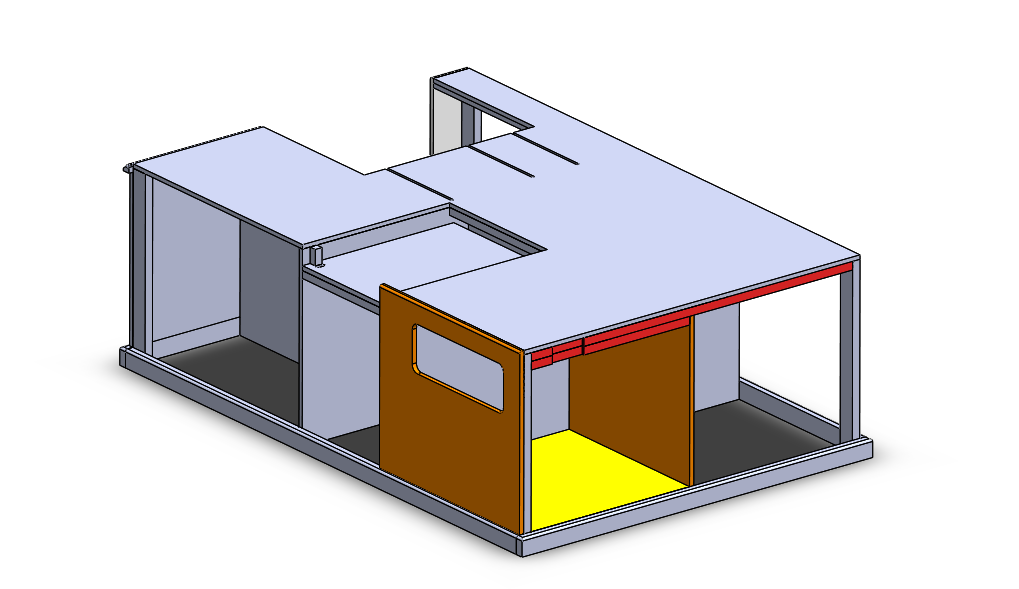 At this point, I could install the base for the open cavity storage area.

It was done in a similar way as in the previous parts of this build, by simply installing supports on the inside of the panels enclosing the area and fixing the base on top of them. 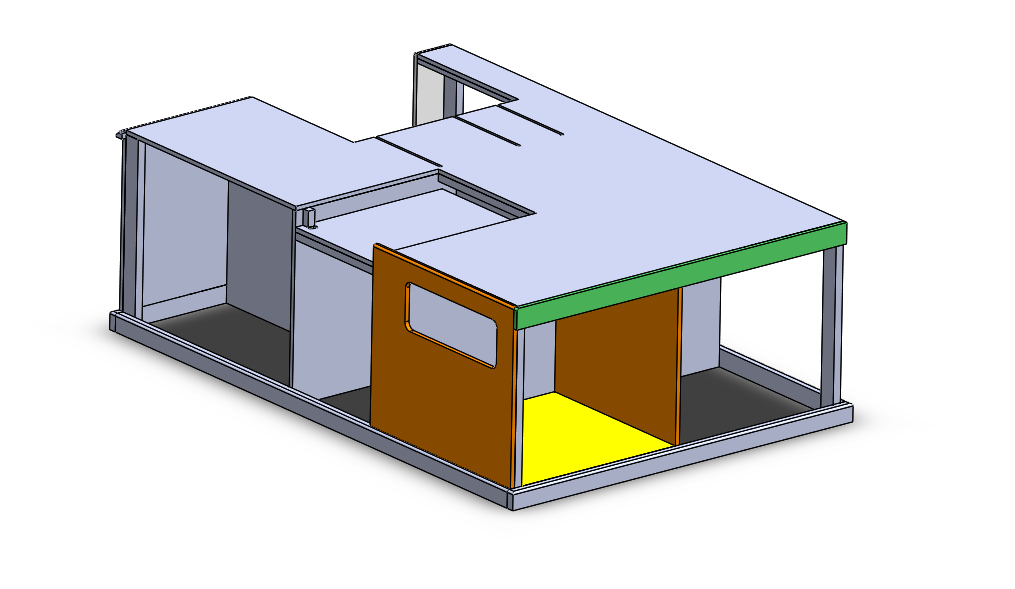 With the vice in place, the trim piece was installed. Concealing the unsightly bracing and completing the open cavity storage area. 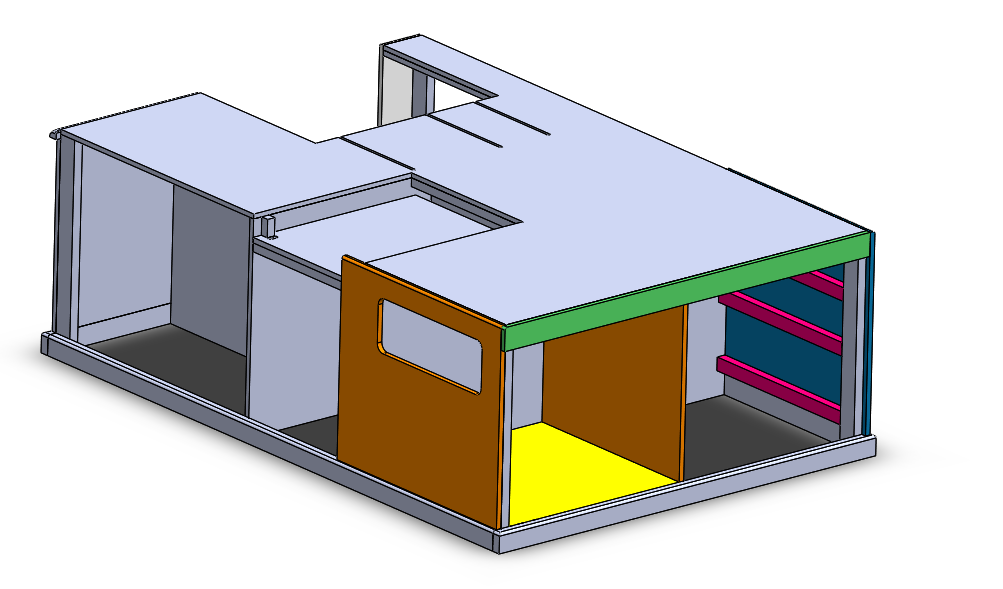 It was now time to get started on the drawer storage area.

The runners for the opposite side of the drawer can simply be mounted on top of the divider panel as there was nothing restricting the runner from functioning correctly. 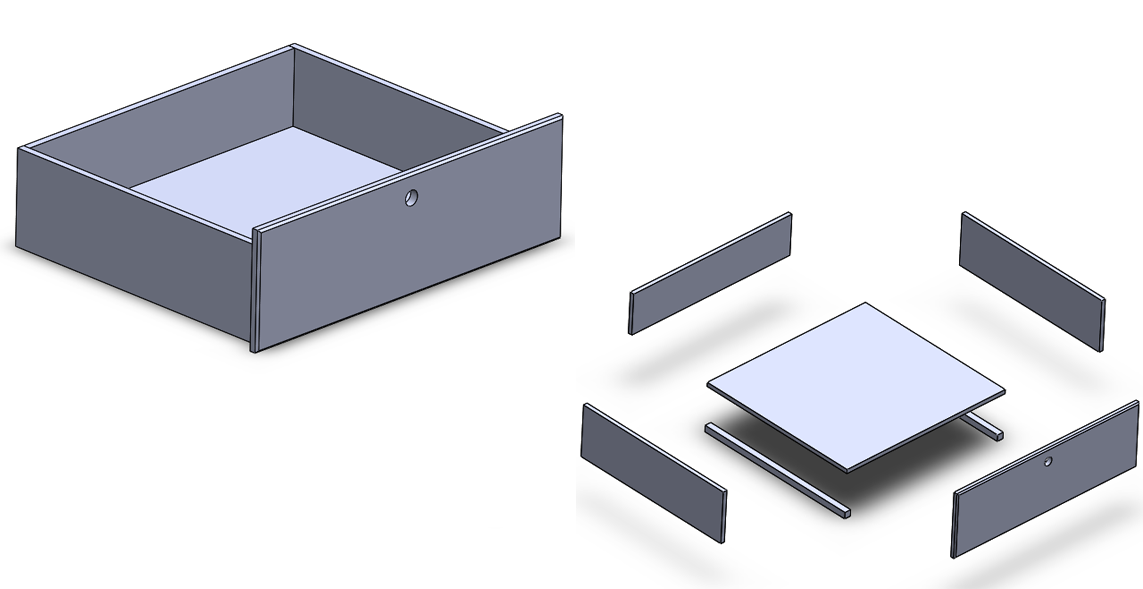 I decided to add 3 drawers with one deeper than the other two to allow me to store some of my bulkier power tools.
Power tools like my circular saw, jigsaw, belt sander, router, and electric planer would be placed in this drawer.

The other two drawers were made to be the same size and would be used to store some of the other pieces of equipment laying around my shop.

The assembly of the drawers was not overly complicated as they were made by simply screwing plywood panels together with the deeper drawer having a 250mm high drawer face and the others, a 200mm high face.

After installing the drawers to the bench, wooden blocks were installed to act as cradles and stoppers keeping each tool in place.
In addition to this, velcro strips were used to keep coiled power cords secured. 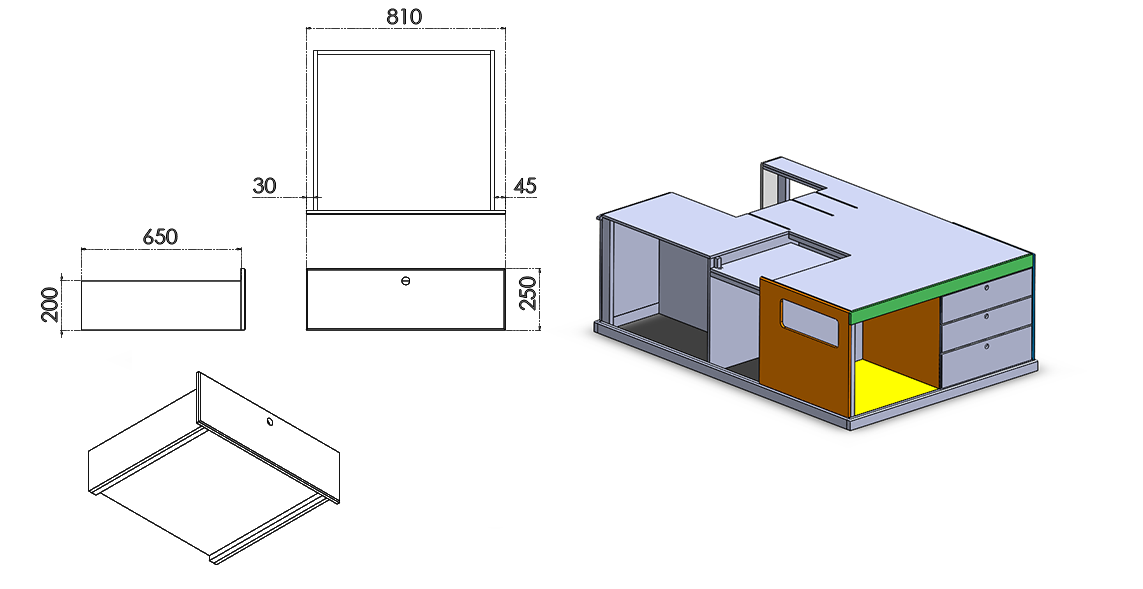 With my workbench area added to my All-In-One Woodworking Workstation, I once again had a space to work and assemble my projects.

Projects like PART 5 of this build that should be out shortly. 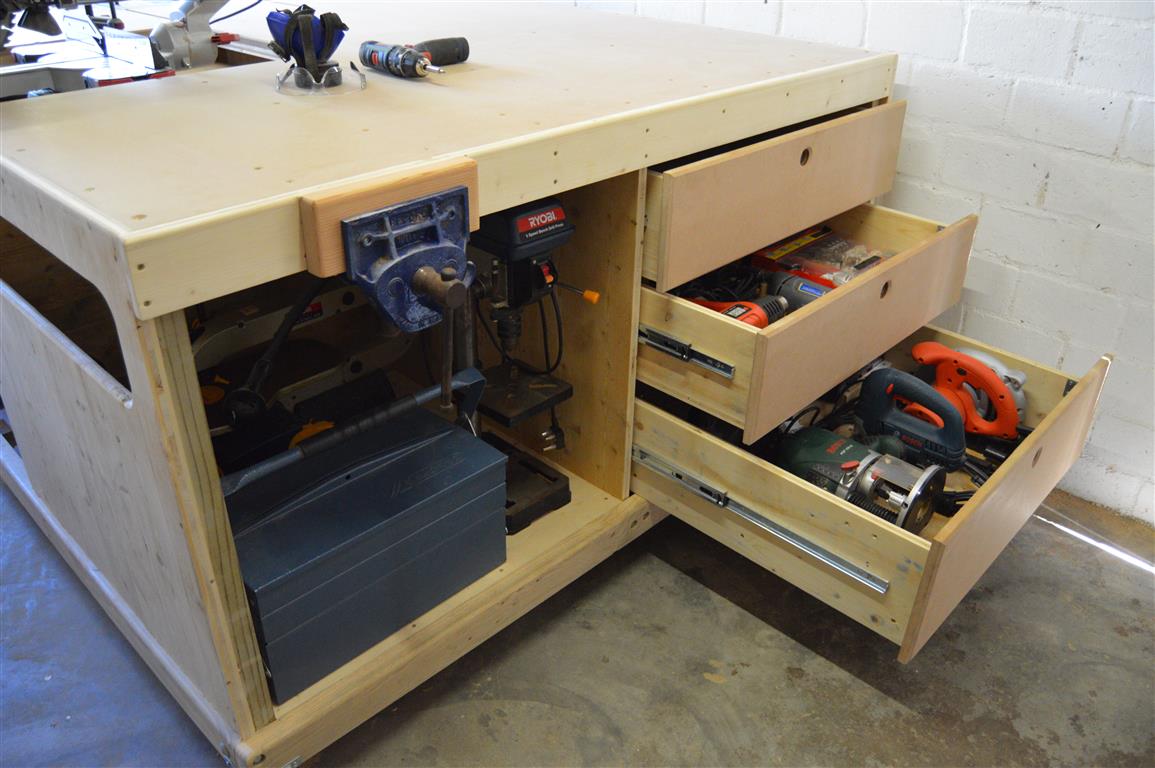 Leave a Reply to Chris I Cancel reply