How to steam bend wood at home 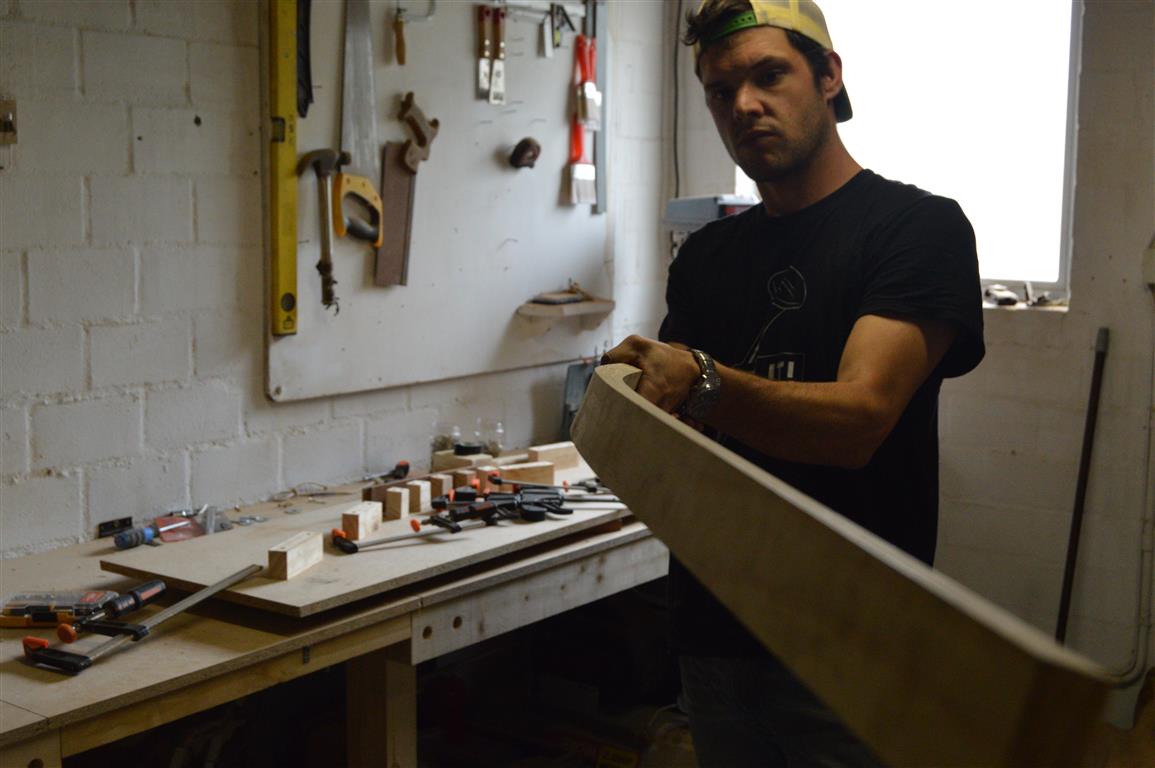 The most effective way to bend wood is done by using steam.

Steam bending wood involves subjecting a piece of lumber to steam for a certain period of time allowing the steam to penetrate the wood. Doing so will result in the heat loosening up the fibers between the grains. This then makes the wood pliable, allowing the woodworker to shape the wood in a jig.
The process of bending wood using steam is not at all new to the world of woodworking and all you need to give it a try at home is a simple DIY steam box.

The two main components that make up a steam box system is the enclosure/box, in which you will place the piece of wood that needs to be bent, and a steam generator.
In this tutorial, I will show you how to bend wood by bringing these components together to make a simple DIY steam box.

What you’ll need to make a steam box to bend wood at home:

Before assembly of the steam box, one of the PVC end caps, and also the drum lid, needs to be modified to be able to attach the pipe to it.

This is done by drilling a hole in the cap and the lid that is more or less the same diameter as the pipe that will be used between the steam generator and the steam box.
After doing so attach a flanged pipe fitting to each one of the two.
The pipe can then be attached to the pipe fitting using hose clamps.

Further preparation involves adding steel rods or wooden dowels through the cross-section of the PVC pipe (steam box enclosure). This is done to serve as a rack on top of which the pieces of wood will be placed when being steamed to allow the steam to reach the entire surface of the plank.

IMPORTANT: The system should not be sealed (airtight). Add a hole to the underside of the PVC pipe to relieve pressure and let out accumulated water.
Steam can generate a large amount of pressure and if it is not being released the pipe or any of the other components can and likely will burst or explode. 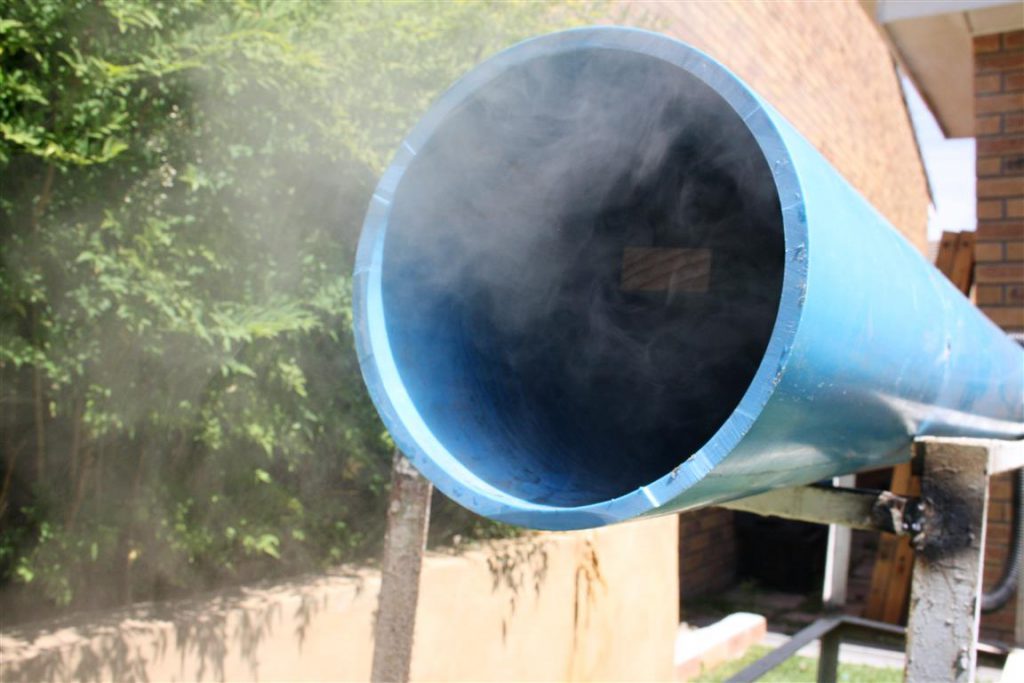 Add water to the steel bucket (steam generator).
About 5 liters (1.3 gallons) of water will be more than enough to generate steam for an hour or more.
You would want to use less water so the water can reach boiling point faster.

Apply a heat source strong enough to bring the water to a boil. A fire, hotplate or gas burner will all do the job if you decide to not use a wallpaper steamer.

Place the lid on the bucket with the pipe attached and the other end (with the end cap) on the PVC pipe. Leave the other end of the steam box open so you can monitor when your system is producing steam.

Once you notice steam exciting the other end of the steam box/pipe, you can place your wood on top of the dowels inside the pipe and close of the pipe with the remaining end cap. (Wear gloves to prevent burning when reaching into the steam box)

How long to steam the wood

The general rule for steaming wood is an hour per inch though different species will have different steaming times while some species of wood can’t be bent at all.
In the case of extremely dense wood, it is hard for the steam to penetrate the wood.

Pre-soaking the wood that is to be bent for 6 – 24 hours can also decrease steaming times and make for more effective bending.

Bending the wood using a jig

After the wood has been subjected to the steam in the steam box for an adequate amount of time it needs to be transferred to a jig in which it can be bent and clamped in its desired profile.

During the bending process, the wood on the outside of the bend will stretch which can cause it to splinter.
The ideal jig should limit the possibility of this happening by supporting the entire length of the bend on the inside and outside.

Cutting a male and female (positive and negative) pattern of the desired bend and then sandwiching the steamed plank between the two will limit the potential for splintering.
Alternatively, when using one pattern to bend the plank around, a steel strap can be clamped to the surface on the outside of the bend. This will limit the outer surface from stretching and so limit the potential for splintering during the bending process.

After the wood has been clamped to the jig it can be left to cool down thoroughly.
Different factors contribute to the cooldown time needed to adequately cool the wood. Therefore I would advise leaving the bentwood in the jig for at least 12 hours.

How To Bend Wood At Home Using Steam With A Simple DIY Steam Box was last modified: December 21st, 2017 by Jean